It seemed as if destiny had already charted Devir Singh Bhandari’s journey. Coming from a family which has invested its two generations – maternal and paternal – in the army, it was surrealistic to imagine a career path apart from the generational heritage. Devir, as the only child, felt the spotlight that befell on him, attached to legitimate expectations, but he dared to map the unchartered, much to his family’s surprise.

Diametrically opposite to the cloistered environment of his upbringing, Devir decided to explore the limitlessness of creativity, and earned a graduate degree in Journalism and Mass Communication from one of the prestigious institutes of the country, excelling academically and in extra-curricular activities organized by the college especially sports, ultimately becoming the captain of the university’s sports team. Being a graduate student is still one step in the flight of stairs towards success but when you are bubbling with creative energy, the regimentation of curriculum becomes restrictive if you do not get to implement your classroom learning in the everyday life. Devir was no different, but he agreed with his creative imagination and while still an undergraduate student had his first directorial debut which was well-received in many film festivals across India. Much to his surprise (and hard work), he won the Human Achievers Award in the same year.

Devir was taken for a surprise when he was accepted as an intern with Yash Raj Films. Mumbai was a megapolis, it was different from the quaint milieu that he had grown up in, but work is work and responsibilities have to be taken head-on – that is what coming from an army background does. It makes you strong enough to survive unfamiliar realities, even if it is a young person right out of college who has no clue about the tinsel town apparatus. With his valise full of experiences, Devir returned to Delhi and immediately immersed himself into a television show, Journey to Fame, which will go on air soon. It is inspired by his own voyage on the ebbs and flows towards success, but at the same time, comes from a deep conviction that the youth of the country needs stories from people that are realistic.

2015 was a landmark year for Devir. DSB Entertainment and Production Private Limited was founded and established by Devir. It is a production house which aimed to produce movies and short films which served a social message. The same year, he directed “Celebrating Life” – a short film, which was a part of cancer awareness programme by the Delhi government and the SAARC nations. Devir now knew where his heart lies – spreading smiles through filmmaking, especially spreading smiles among the yuva of this yuva Bharat.

Devir was the Chair of Road Safety for the youth wing of Confederation of Indian Industry Delhi – one of the youngest member to do so. Being an avid rider himself in a country with a considerable number of deaths due to road accidents, Devir realized the impact his position can influence in creating a safer road network. The young achiever added another feather to his cap by becoming a part of various committees of the chambers. He worked with the industry heads at national level to bring pressing issues to light, deploying his filmmaking skills to make a work on waste management concentrating on making waste into manure, quite like how you manufacture failures into success.

Devir became synonymous with the pioneer of road safety in India, earning him the Young Entrepreneur of India Award in 2018 by ASSOCHAM, and the BHARAT Leadership Award for contribution towards nation building.

Looking at his achievements, a major news channel featured him covering his journey. Little did Devir know that the idea for his recent book, Yuva Bharat was already germinating throughout his life. He had made tough choices, just like the people he looked up to have.

Submerging himself in social work, made Devir interact with myriad realities of those who are not as privileged and realized that children did not gauge that their idols did not become stars in just one day – a lot of pain hid comfortably behind success. Devir wanted those stories to be on the forefront, for the stories of the successful to be based on vulnerabilities and strength rather than glitz and glam.

When his father was posted to Kalimpong (West Bengal, India), Devir realized that he should not be confined to the peripheries of the cantonment boundaries. Traveling brings resilience, opens your senses to the world, and being a travel enthusiast and biking aficionado, he always made it a point to go out in the world and interact with as many people as he can. That is how his future acting debut, Gama in the Land of Lama, came into being. He will start shooting it in 2020. Staying true to his Sikh roots, Devir is also working on a film which aims to spread the message of peace and togetherness of the Guru Granth Sahib, the holy book of Sikhs, and is titled Hukumnama.

The journey is long, Devir knows it. This is why he works one day at a time in whatever capacity to make a little dent of goodness in the world. DSB Foundation, of whose he is the Vice President, is working on issues like rural development, road safety, women empowerment, health, and environment. His 2019 enterprise – SNOCON Securitas Private Limited is invested in providing security services like female security guards by providing them training, firefighters, etc. – a realm which is still not properly explored in the country. In order to be able to invest better to the society, Devir has launched his luxury brand for essential soap and body oils along with bath salts called, RU – Rejuvenating You.

Is there anything else he aspires to be apart from the multifarious personalities he already is from a media giant, filmmaker, actor, and entrepreneur? A politician, because the country can use an experienced, young hardworking person like himself.

If you can dream itYou can film it 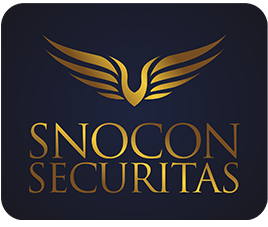